Akuji, a rogue planet, is in search of a solar system to call home.

Can you locate a sun by traveling through deep space via Black Hole Express?

Interstellar Orphan supports touchscreen devices. Single-tap to select and inspect; double-tap to cancel and return. Tap to move Akuji. As Akuji levels up to learn new skills, tap the buttons on the bottom of the screen.

Touchscreen devices may not support WebM by default, the file type for Interstellar Orphan's ending movies. If you encounte this issue, here's a guide on how to make your device compatible.

Interstellar Orphan supports play via mouse. Left-click to select and inspect; right-click to cancel and return. Click to move Akuji. As Akuji levels up to learn new skills, click the buttons on the bottom of the screen.

this is a super cool game! im honestly surprised its for a game jam, it seems really well polished to me! i really like the premise and the mechanics of the gameplay. warping around via black holes is such a cool idea!

oh not to mention all the little tidbits of info in the game, i feel like i learned so much about space just through that! id never even heard of strangelets until now lol.

overall i had fun exploring and chatting to the other planets and stuff. which speaking of, i love the sounds theyre given! especially the white hole, it sounds so cool omg. i wont lie, i talked to it several times just to hear it, it fits the space vibe so well!

there were a couple of issues i noticed however: when i tried to save via moon it wouldnt let me click the save slots, the only thing i could do was right-click to exit out of it. another issue(?) is that the pegasus sun starts drifting away from its group after you talk to it, and also seems to appear on the purple stage after that, but unable to be interacted with(i think, its hard to click on them).

which speaking of, it was a little difficult chasing down some of the characters to talk to, and clicking on them was especially hard sometimes, but overall i didnt mind too much! just a bit of feedback in case youre still working on the game! and if not, then thats ok too!

anyway back to the compliments lol. i genuinely really loved this game. the atmosphere was very fitting and the characters all had discernible personalities to them. the 1 hour ending was also an interesting little twist as well! i thought the planet was gonna die when the time ran out, but i suppose not!

anyway, sorry for such a long comment lol, i just really liked the game. im probably a little biased tho cuz i love space :P ah well, such is life

It was really cute and fun I found a home with this Tie or Tei planet.

I'm so glad you enjoyed it! We'll be updating this month with more maps and spaceship cats. 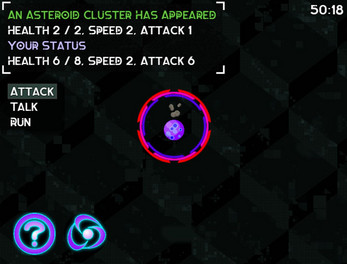 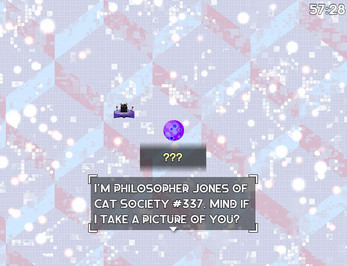 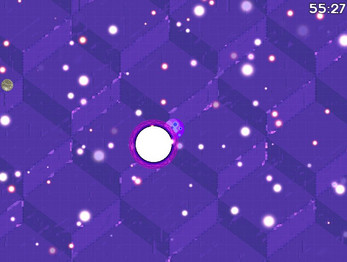 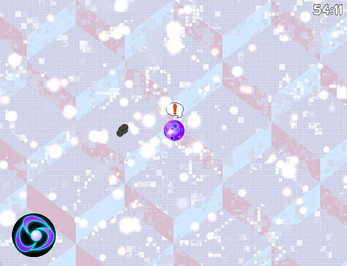 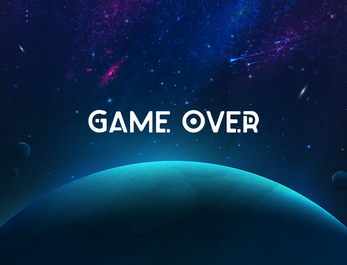